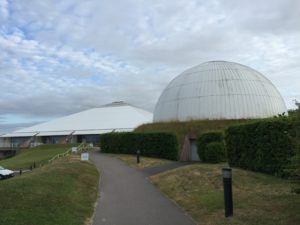 I’m not sure when I found out that Winchester Planetarium does Adult Only shows (not as dodgy as it sounds :-D) but I’ve been itching for Mr NHM and I to go on one for Date Night for at least a year.

In July 2015 we finally got to go for our regular Date Night and it was AWESOME!!!!!

I wasn’t quite sure what to expect but it was a REALLY interesting experience.

Mr NHM and I held hands all the way through but I also learnt LOADS of things about the universe that I really should know!

When we went the show started at 7pm. We rocked up and waited in the lobby with everyone else. 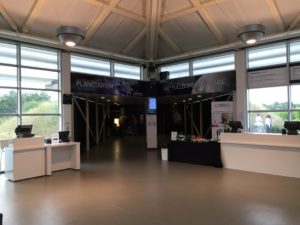 There were refreshments in the lobby if you weren’t organised enough to take them with you, which I thought was a great idea. 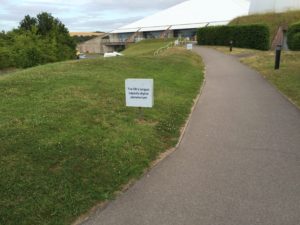 I hadn’t realised that it’s actually a “live” show, so someone talks you through everything you are seeing. We were shown which stars to look out for in the night sky for this time of year, which was really cool.

We then, literally, had a tour of the universe. Breathtaking and mindblowing are the two words that come to mind.

It was absolutely fascinating and made me realise just how small and insignificant we are. I also came to realise how much we still don’t know about our universe and how the experts are discovering new things about the universe EVERY DAY!

At the end of the show you can ask questions and I asked a question about how is it possible in all of those kids planet sets you can buy, that Pluto is a certain colour, (yes, sometimes I’m not the brightest, but I thought it was a great question!)  if we have never actually taken a picture of it and we don’t actually know, why is it always depicted as it is?

I was told that it was based on all of the information that we knew about Pluto including it’s gases, etc. But these were the first ever close up pictures of Pluto and we got to see them in the Planetarium when they were only a few hours old!?!??!?!!? This totally blew my mind.

I enjoyed this far more than the cinema because we talked about it ALL the way home.

It was a great bonding experience for Mr NHM and I and we are really looking forward to going again.

So, if you are looking for something a little bit different to do on Date Night, this comes HIGHLY recommended 😀. 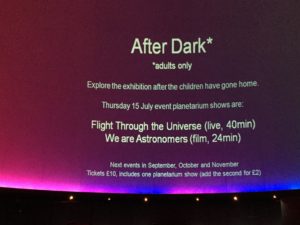 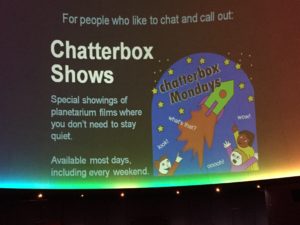 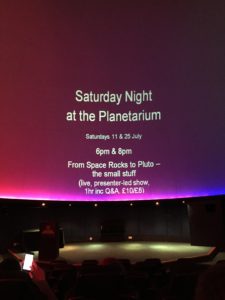 Oh and they also do a regular Singles Night which includes curry!??!?! What a cool way to meet your future partner 😀. 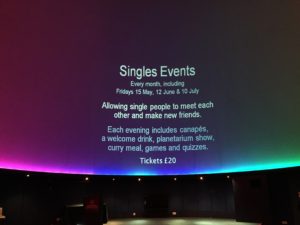